Breadcrumb
Breadcrumbs
Car Insurance for your Hyundai Elite i20 Facelift

Hyundai’s Elite i20 was a big hit when introduced to the Indian market. Ever since its launch in 2014, it has been a roaring success. This year, the Korean carmaker has reintroduced the hit car with a few facelifts.

Unlike its predecessors, the premium entry-level hatchback comes with a two-tone paint-job. You have Passion Red and Polar White with a Phantom Black roof.

The Hyundai i20 gets an update on the interiors as well. Orange accents have been added to the all-black interiors giving it a cheerful look. There’s the new 7.0-inch touchscreen infotainment with Apple CarPlay, Android Auto, and Mirror link setup. The display doubles up as a screen for the rear camera. The new i20 gets six airbags too.

The facelift brings some much-need upgrades to the i20 but Hyundai has made sure to retain much-loved features of the car such as the keyless entry with start-stop button, LED daytime running lights. The engine remains the same as well - 1.2 dual VTVT petrol and 1.4 CRDi Diesel.

The Elite i20 was quite the indulgence and its facelift in 2017 will make it a delight to Indian audiences.

When you’re off to buy the Hyundai Elite i20 Facelift, do not forget to buy Royal Sundaram's car insurance. Its extensive benefits and features make it a true winner just like the new i20. 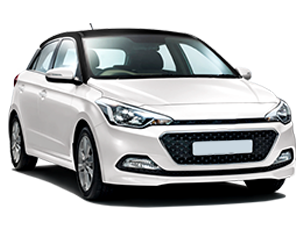