Among the world’s earliest car manufacturers, the Czech Republic-based Skoda Auto started by manufacturing bicycles around 1895. The company called its bicycles ‘Slavia’ to go with the nationalist mood in the country. Its founders made an interesting pair: while Vaclav Klement earlier sold books, Vaclav Laurin was a talented mechanic. Both, however, were linked by their love for bicycles. Later, the duo manufactured bicycles and motorbikes under the title, Laurin & Klement Company.

In 1905, they started manufacturing automobiles. Since an alliance with Pilsen Skoda Company in 1925, the automobiles have been manufactured under the brand name Skoda. It formed a joint venture with Germany’s Volkswagen group in 1990. The company has seen phenomenal growth throughout the world. In India, Skoda Auto created a subsidiary in 2001, with its headquarters in Aurangabad, Maharashtra. Skoda Auto India Private Limited has two manufacturing plants, in Aurangabad and Chakan. The company entered the Indian automobile market with Skoda Octavia and currently has four models in the country: Octavia, Yeti, Superb, and Rapid. The company has an extensive reach in about 58 cities in India with around 74 dealerships. 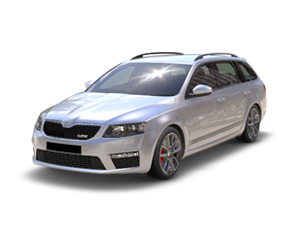 Why a Skoda Car Insurance Important for you?

Our Car Insurance policy covers any loss or damage caused to your Skoda vehicle due to the following natural and manmade calamities:

Royal Sundaram offers a host of covers to supplement the protection facilitated in the basic Skoda insurance cover. Here’s an outline of the add-on coverages: