Dominating the world automobile market since 75 years, the Volkswagen group remains Germany’s largest automobile manufacturer. Though the company began its operations under a trade union in what was then the infamous Nazi Germany, it immediately started taking a leading position in automobile markets once the Second World War came to an end. After beating competition in the German market, Volkswagen began aiming for international automobile dominance around 1950.

Volkswagen, the ‘'people's car", launched its first four-wheeler in India in 2007. It was the German auto giant’s globally successful sedan, the Passat. The car enjoyed equal fame in India, too. For the Indian automobile market, the company has set up a subsidiary with three divisions: Volkswagen India Private Limited, Skoda India Private Limited, and Audi India. Apart from manufacturing Volkswagen, Skoda, and Audi cars, the subsidiary also sells luxury vehicles like Lamborghini, Bugatti, and Bentley. In India, Volkswagen currently manufactures and distributes models such as Passat, Jetta, Touareg, Beetle, and Vento. The company’s state-of-the-art production unit in Chakan is the biggest investment by any German company till date.

Make sure you get a car insurance policy to suit the requirements of your new Volkswagen. Royal Sundaram’s car insurance deals provide exhaustive features such as 100% Insurance cover on your invoice and free road-side assistance. All you have to do is log on to our website and get in touch with one of our agents. 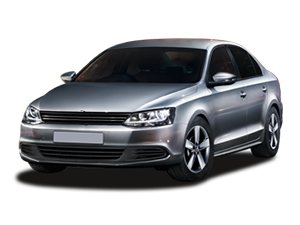 Why a Volkswagen Car Insurance Important for you?

Our Car Insurance policy covers any loss or damage caused to your Volkswagen vehicle due to the following natural and manmade calamities:

Royal Sundaram offers a host of covers to supplement the protection facilitated in the basic Volkswagen insurance cover. Here’s an outline of the add-on coverages: