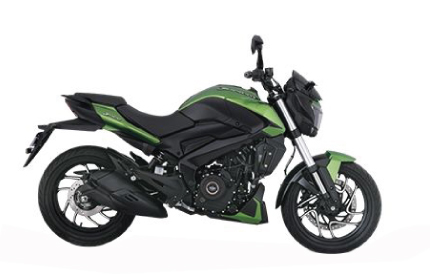 Bajaj Auto or known as Bajaj is a two-wheeler manufacturer hailing from India. Besides motorcycles, Bajaj also makes scooters and auto rickshaws. The company is an extremely reputed brand and is a mainstay in the automobile industry. Bajaj Auto is the 2nd largest manufacturing company in India and the 4th largest around the globe.

The company was founded in 1926. Since then, Bajaj Auto has become a part of the top 10 companies in India. Bajaj is now known for its bikes, but it rose to fame with scooters like Chetak and Super. The primary reason why it is popular in India is that it represents the country’s morals and is affordable compared to its foreign competitors.

Bajaj’s most popular bikes include Pulsar, Dominor, Platina, and CT. The company is scheduled to launch a few new models in India. The price of Bajaj bikes starts in the range of mid Rs. 30,000 and crosses more than Rs. 1 lakh. Some of the Bajaj latest bikes include Bajaj Avenger Street 160 and Bajaj Dominar 400. Meanwhile, a few of the Bajaj popular bikes involve Pulsar 150, Pulsar 220F, Pulsar NS200, Pulsar 180, V15 2018, and Avenger Street 220 2018.

Here is a list of some famous Bajaj bikes-

Bajaj manages to carve a market out for itself with its right in the zone offerings. From the way they advertise to the way they design it, their bikes are exactly what the customer wants. For example- Bajaj Pulsar is predominantly made for men, and the male audience is obsessed with the product.

The Indian market has seen Bajaj for many years now, and the brand has leveraged on the trust built. The price range which starts at Rs. 40,000 and goes up to about Rs. 1,10,000 means that they are trying to carve something for the different sects of the market.

The word Bajaj has become a meaning of trust in India. By delivering quality products time after time, they have made a name for themselves. If people want a complete expert level biking experience, then they can choose something like Bajaj Pulsar, and if they are looking for something in the lighter zone, they can opt for Platina.

Because they are an active player in the Indian industry, they have delivered excellent products time after time. This has caused their bikes to reach the heights of popularity.

Take a look at the below list to check out popular Bajaj bikes:

A brand like Bajaj will be shaking the industry with its quality products. The company leaves a mark with all its products and launches new products to stay relevant and serve its audience with quality products.

The Indian market regularly sees new products from Bajaj that light up the audience’s eyes. One of their latest entries was Bajaj Dominar, which costs Rs. 1,74,000 (Ex showroom price New Delhi). Another new upgrade that Bajaj introduced was the Pulsar 150, and its price starts at Rs. 68,250. Bajaj CT 100 new version too was launched recently at Rs. 33,402 onwards.

Known for being the initiators in the market, Bajaj is responsible for setting many trends in the bike industry. The forthcoming bikes that Bajaj has planned for release are set to break new records. Bike enthusiasts will love what the calendar holds for them. Bajaj is all set to launch an entirely new brand called Urbanite, which is slated to release at the end of this year.

Bajaj Auto is famous for having something in store for everyone. They offer the CT100 for someone who wants to buy a bike with an extremely affordable price. Meanwhile, they also provide something like the Dominar 400 [2019] to the ones who like to have more than a regular bike experience.

Most of the latest launches have been city-oriented bikes which are positioned to attract a younger audience. Platina 100 and CT 100 are a few of those bikes made for an on-road experience.

However, there are also bikes which suit both the city and off-road adventures like Pulsar 180, Avenger Street 220 and Pulsar 220F.

Bajaj also is famous for being dynamic. The brand has evolved its looks, dimensions, and specifications to meet the new demands. The Bajaj Avenger and Pulsar series is the best example. The iconic handlebar and the distinct look of the Avenger series prove that the brand can go the extra mile to provide its users with a great experience.

With various bike brands like Discover, Platina, Pulsar, Avenger, and V, Bajaj looks like it will not be stopping anytime soon.

High-quality build and design are one of the significant reasons that contribute to the success of Bajaj bikes. Meanwhile, the variety that the brand offers is also another benefit that the brand provides.

A bike is any owner’s valuable commodity. Many even attach an emotional value to it. They love their bike and care for it, just like a family member. It is not a rare sight to see someone being passionate about their bike. Besides, buying an insurance policy is compulsory, according to Indian law. However, insurance is more than just a formal document that a person needs to buy; it is a financial security that no one else can provide. It becomes essential when there is damage to the owner or the third party.

Such an important aspect of life should always be secured. An insurance policy is the best way to go about it. Insurance for the bike protects its owner from a big financial problem.

However, there are many insurance policies to choose from, picking one can be a hassle. This is where Royal Sundaram comes in. With great benefits and quality service, Royal Sundaram’s bike insurance provides an owner just what they need.

A bike owner can buy insurance for a new bike for period of  2-3 years. An insurer can get can settlement in ten working days. Also, the bike owner can claim up to Rs. 15 lakh in cases of accidents.

The bike sector is one of the most competitive industries in India. There is always a better option for any preference. Bajaj also faces stiff competition in all the categories its bikes are present. However, the major competitors of Bajaj in India are Yamaha, TVS, Honda, Hero, and Royal Enfield.