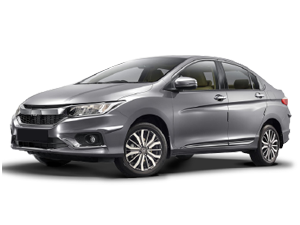 
We will be covering the following:

The Japanese automobile legend is known for having an entry in every car segment possible. The Tokyo-based company’s cars have been top performers across markets in India. However, a few of their cars have received an incredible love from the audience, and Honda City is one of them.

It has been one of the best-selling cars for many years now. The best part about the City is that Honda has revamped the car multiple times to meet the need of the consumers. New technology and fresh design have been delivered with every update.

The new-gen City is fitted with 1.5L i-VTEC Petrol Engine and 1.5L i-DTEC Diesel Engine. On the safety front, Honda City is loaded with six Airbags, which are equipped in the front, side and specific parts.

The car is offered in five distinct colours:

The Honda City is undeniably a car that provides luxury like no other in the sedan segment. It has every quality a luxurious car should possess, be it a huge cabin space, an eye-grabbing factor, and practicality coupled with a premium feel.

Available in 1.5-litre petrol and diesel engines, the Honda City strikes the right balance between efficiency and driveability. The 2017 Honda City, the latest version of the car, is also a host to some features which were not present before such as LED exterior lighting, touchscreen infotainment, six airbags, and a sunroof.

The new City has also acquired a facelift, but it doesn't compromise on any other factors like comfort, spaciousness, and reliability. From the headlamps to the chrome grille, a lot of things on the outside have received a classy and sharp touch. The interior looks more distinct now that it has received upgrades like auto headlamps and adjustable rear headrests. The interior and the exterior design combine to give the Honda City a pleasing and mesmerizing appearance.

Here are some advantages to buying a Honda City:

Honda City is a slightly on the higher end in terms of the price range in the sedan segment. Any damage to the car or a mishap might drain a lot out of the owner's pocket.

The best way to combat this is through buying a car insurance policy. Though insurance is a mandatory document, it also helps in providing something more for the owner, i.e., security.

Royal Sundaram makes car insurance that is specifically made with keeping Honda City in mind. There are quite a few benefits of buying a Royal Sundaram policy for a Honda City:

It is compulsory for the owner to get their vehicle registered from a government body and that authority is Regional Transport Office.

The Regional Transport Office is responsible for maintaining a database for drivers and vehicles. The body organises vehicle excise duty and issues driving licenses.

Below is the list of documents required to register a vehicle:

The fees for registration varies from state to state.

Although a market leader, Honda City does see its fair share of competitors. The likes of Hyundai Verna, Maruti Ciaz, Skoda Rapid and Volkswagen Vento.