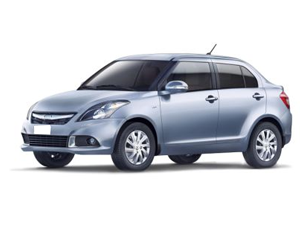 
We will be covering the following:

There is hardly a car in today’s Indian market that is more popular than this one. Maruti Suzuki Swift Dzire is one of the biggest names in the subcompact sedan segment. Along with that, it is also one of the most trusted cars too.

Specially made for the Indian roads, this car resonates with the national audience. Though there are many in names in the sub-4-meter sedans, Maruti Suzuki Swift Dzire still makes a distinct identity for itself. Mainly, because it is a car belonging to India, its people, and its roads. Plus, its fuel efficiency is commendable.

The new generation Maruti Suzuki Swift Dzire also has the advance auto gear shift technology, which makes driving seamless. The safety factor has been looked after carefully, and the car comes with Dual Airbags.

The car is offered in six different colours:

It has been more than 10 years since the car entered the Indian market. Since then, Maruti Suzuki Swift Dzire has been one of the bestselling subcompact sedans. The car has been through three generation changes. The third generation is not just efficient but is also elegant.

The older generations were highly successful but aesthetically weren't the most pleasing ones. But the third-gen variants look fresh and looks like a proper sedan. Also, in comparison to its older counterparts, the newer Dzire is more significant in width. The ground clearance has been reduced marginally.

The frontal part has been attached with a pouty griller, which is bordered by a thick layer of chrome. The rear section, though, has been kept modest. However, most of the top benefits are only available in the higher end Dzire cars.

The drawback of the new generation Maruti Suzuki Swift Dzire is that it is slightly more expensive in comparison to its competitors. Despite that, the car is still a favourite amongst many, the reasons being:

The Regional Transport Office is the body that deals with taking care of organizing and maintaining a database of drivers and vehicles in India.

It is a compulsion to register each and every vehicle under RTO. It is the only way through which an owner can make their car a legal property.

Vehicle registration is one of their most important responsibility.

The documents required to register a vehicle are:

The registration charge of every car depends from state to state.

Maruti Suzuki Swift Dzire is one of the most outstanding performers in its segment. Be it in fuel efficiency or its appearance; it is a class above in every department.

An excellent car like this deserves protection and security. There is no one better than Royal Sundaram who customizes car insurance policies for the vehicle. The benefits of the policy include:

A cover of up to Rs. 7.5 Lakh for third party property damage.

A good suggestion before deciding to buy a Maruti Suzuki Swift Dzire is to look at the other alternatives such as: