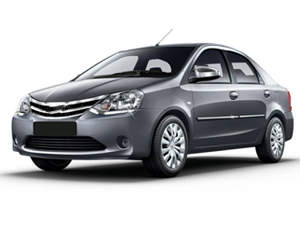 The Toyota Etios was first unveiled at the Auto Expo in New Delhi in 2010 by the Toyota Kirloskar Motor Pvt. Ltd. In spite of not being a production model, the car grabbed the attention of the people and gave them a clear picture of what to expect from the model once it hits production. It was launched into the Indian market by Toyota in December.

ENGINE – The Toyota Etios is available in both petrol and diesel variants, with a 5-speed manual transmission system standard across all variants.

The authorized ARAI mileage for the Toyota Etios is 23.59 kmpl for the diesel, and 16.78 kmpl for the petrol variant.

EXTERIOR - The word “Etios” means Spirit and Principle, and that is what the Toyota Etios stands for – a spirit of comfort and principle of functionality. Formerly known as the Entry-level Family Car (EFC), the well-known and trusted design of the Etios is the labour of more than 2000 designers and engineers in Japan and India who worked hard to design a perfect blend of global quality standards and local design sensibilities.

The design of the Etios is in line with the new design sensibilities devised by Toyota with Corolla. The Etios has a stylized front grille and fascia. It features 12-spoke alloy design wheels, Electrically adjustable ORVMs, functional rear design, and overall a sturdy and practical exterior.

SAFETY – The Etios features dual SRS airbags across all the variants. The airbags protect the driver and the passenger.

Even though the Etios has been out of production for the past few years, the practicality and comfort have kept it a favorite among a vast population in the Indian markets. Many people own and enjoy their Etios, and we at Royal Sundaram ensure that you have a safe and insured experience while driving.

Royal Sundaram car Insurance provides you with one of the most reliable and comprehensive insurance policies for your Etios. It insures your vehicle against any loss, damage, theft, and third-party financial liabilities.

The Regional Transport Office (RTO) is a district level authority for registration of all vehicles in India. The owner has to provide the following documents in original and photocopies to get the car registered -

In the India market, Toyota Etios had stiff competition from -