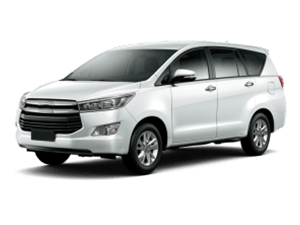 Established back in the year 1937 by Kiichiro Toyoda, Toyota company was a spinoff from the company - Toyota Industries. Toyota Industries belonged to Kiichiro Toyoda's father and created automobiles too. In the year 1934, i.e., three years before its foundation, Toyota created its first product - Type A engine, while being a department of Toyota Industries. The first passenger car from Toyota, "Toyota AA" was launched in 1936. Now, Toyota is the world's seventh largest company. It also is the second largest producer of automobiles. Toyota has manufacturing plants in over 28 countries across the globe.

In India, Toyota was established in the 90s with Qualis SUV. Toyota in India sells a variety of cars like sedans, SUVs, hatchbacks, and MUVs along with the Prius and Camry that are available with a hybrid power plant.

Currently, Toyota has ten cars available in India. 2 hatchbacks, 4 sedans, 3 SUVs and 1 MUV/MPV. Overall 24 petrol variants, 29 diesel variants, and one hybrid variant. In all, there are about sixteen automatic car variants & 38 manual car variants to choose from.

In India, the achievement of Toyota cars can be associated with technological advancement, safety and security. Primarily, it is the technological advancement, safety and security ensured that the brand made a large base of loyal customers. All the Toyota cars are built for durability and use the maximum amount of precision. The car chassis is built to absorb the maximum impact after a hard collision. This further helps in building brand loyalty and ensures maximum safety for the buyers. All the SUVs and MUVs/MPVs, as well as the SUVs, are built to perfection when it comes to durability and stability.

The price of Toyota cars begins at avg. ex-showroom price of Rs. 5.67 Lakh onwards for Etios Liva. That is the cheapest offering from Toyota, and the top-end model of Toyota Land Cruiser goes up to Rs. 1.47 crore. Currently, Toyota offers 11 latest car models in India.

Mentioned below is a list of cars and their prices:

Since the inception of Toyota in India, it has offered the customers with a plethora of cars for every category of audience. Irrespective of the budget, Toyota as a car manufacturer has a vehicle belonging to every segment and class.

Since its launch in the late 90s, Toyota has improved and updated itself to meet the unique necessities of the Indian market fully. Which is why the Toyota cars have stayed consistent and been popular among many other competitors in the market.

Toyota cars have been a hallmark of great security and class, and some of them have made it even bigger. Cars like Toyota Corolla Altis, Toyota Etios Liva, Toyota Fortuner being the most talked about cars across segments.

Below is the list of the most popular Toyota cars.

Apart from durability and safety, Toyota has been perceived as early movers in the Indian automobile sector. With plenty of model updates and upgrading features, Toyota never ceases to please the customers.

With modifications, Toyota certainly knows how to stay ahead in the competition. With the ample amount of car upgrades, the automobile manufacturer - Toyota has managed to stay relevant and get better over the years. Be it car segment or modifications and price, Toyota as a brand has capitalized on every trending topic to be customers favourite.

The car manufacturer has launched the latest version of Camry in Jan 2019.

In India, Toyota discontinued the seventh-generation Camry and is taken off of the website. Toyota did this in order to launch the eight-gen Camry, which was launched in early 2019. On the other hand, Innova Crysta receives a few unique features in its latest upgrade and an interior colour alternative as well.

Since the beginning of the brand, Toyota is recognised as an adapter of new trends and as a brand that leaves strides in every car sector. Toyota has always renewed itself to meet the ever-growing needs of the audience. Toyota uses the same strategy in India as elsewhere, and it works, every time.

Commencing with the acclaimed MPV Qualis in 1999, the Japanese auto manufacturer introduced some of the highest selling car models in the Indian car market in the past decade.

In the year 2019-20, around four cars are lined up to launch. The name of these upcoming cars - Toyota Glanza, Toyota Corolla 2020, Toyota C-HR and Toyota Rush.

Amongst these four upcoming cars, there is one sedan, two SUVs and one hatchback.

Toyota, globally, has expanded to be one of the world's largest car manufacturers. In India, it stands fourth in terms of the largest car manufacturers. Dawning in Japan, it now manufactures motors across the globe. The vast line-up comprises of most shapes and dimensions, from tiny hatchbacks to sedans of mid-sized, sports cars, MUVs, SUVs in diverse sizes, wagons for off-roading, light commercial vehicles to many more. Almost all the car models are available in the market with a choice of a petrol engine or a diesel engine. Several car models are also available with a choice of manual or auto transmissions. A few cars are also present with the petrol-electric hybrids. Toyota as a carmaker is famous for manufacturing safe, secure and durable cars with attention to detail that maximizes luxury for the customers and in turn increase the brand loyalty and affinity.

The types of cars and price range give fans a lot of alternatives to choose from. This makes up for a very significant reason for Toyota's success in India. Opposing it to its opponents, Toyota is known for producing cars with high qualities of engineering and design aesthetics. Thus, making it a car enthusiast’s favourite choice of ride, in India as well as abroad.

Formed in the year 1997 as a combined venture of Toyota Motor Corp. & the Kirloskar Group, Toyota Kirloskar Group has made massive progress since the inception of the company. Toyota is currently the fourth largest car manufacturer in India. Across the world and in India, Toyota is well reputed as a maker of premium cars. To boost its image further, they launched the car models like Innova, Etios Liva, Corolla, Etios, Camry and Fortuner in the Indian market. These cars were manufactured or completely assembled in India. Whereas cars such as the Land Cruiser Prado, Land Cruiser & hybrid - Prius are imported from different countries. The automaker Toyota is well known for its attention to detail when it comes to building a car. They want every model to be a perfectionist. Moreover, to this, this strategy is observable in all their cars across all segments. This very quality-driven approach has aided them in securing their place as the most premium carmaker in the country.

Royal Sundaram caters to specially curated car insurance policies for Toyota car buyers. Some of the benefits offered to the policy buyers incorporate add-on bonuses like complementary 24x7 roadside assistance. Along with that, to cater to individuals personally, they offer access to a large chain of cashless garages throughout India. In order to avail car insurance online from Royal Sundaram, a user can reach out to their associates in a jiffy. All one needs to do is fill up a short form available on their website.

Toyota has several aggressive competitors in India. Take a look at the below-listed cars, while considering to buy a Hyundai car.