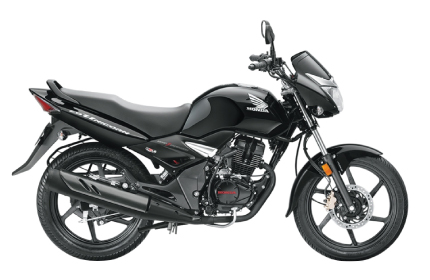 This bike will co-exist with the all-new CB Unicorn 160 & CB Hornet 160R. Honda CB Unicorn 150 preserves the same old combination of components and styling factors as the discontinued bike model.

A decent 149.2cc single-cylinder engine powers this bike, and is fitted with an air-cooled system. The engine produces over 12.73bhp at over 8000 rpm and over 12.80Nm of torque at 550rpm. A 5-speed gearbox propels the rear wheel of the brand-new Honda CB Unicorn 150.

Given below is the latest price list of all the available models of Honda CB Unicorn 150. However, note that these prices will change from dealer to dealer and depending upon your location.

Honda CB Unicorn 150 is the updated and a brand-new version of Honda's earlier commuter 150cc bike. Judging based on the looks of the bike, its design remains the same as the bike launched in the year 2004. So, what's upgraded? Complying with the latest emission norms, Honda has created a brand new BS-IV compatible engine. Unfortunately, there are no new cosmetic changes done to the bike. Both old-school design and already existing features continue with this bike. These features include an analog instrument cluster and disc brake at the front. The Honda Unicorn 150 was replaced by the all-new Honda CB Unicorn 160 in 2015. Even then, the demand for the 150cc Honda Unicorn remained the same and Honda had to relaunch it for the Indian market even after discontinuing the bike for a while. Even now, the bike is available with a waiting period and is selling more than the latest Unicorn 160. The results have been astounding, making it a hot-selling model!

The CB Unicorn has an upright riding position and has a wide handlebar, which hasn't changed since the first model. The accurately-carved fuel tank, adds to the charm of the overall bike. Honda CB Unicorn 150 offers complete support and comfort in the city. The single long seat on this bike is cushioned with an optimum balance of firm and soft that adds to its comfort throughout the ride and makes it pleasant. As you push the starter button on the bike, the engine begins at a crisp note and transcends into a smooth ride.

Made mandatory by the government of India, insurance is a document without which a bike's security is inadequate. Bike insurance is a type of insurance that shields the owner and their property from all sorts of financial burden. Untoward incidents like accidents, theft, and harm to third-party are covered in insurance policies.

Buying a bike is a sentimental thing in India, and it comes with a lot of emotions attached. However, securing it and safeguarding it is also essential. Royal Sundaram is one such insurance provider that ensures your hard-earned savings by covering various damages, in case, there's an accident or a reported theft. Some of the incidents that Royal Sundaram provides coverage for is damage caused to exteriors, fire, malicious act, storm, and flood.

In India, RTO or Regional Transport Office is an authority that the Indian government organized to maintain the database of vehicles and driving licenses in the country. It is their responsibility to look after the registration of every vehicle. Without their authorization, an owner can't claim their vehicle: car or bike. Usually, the registration takes place soon after buying an automobile.

Honda CB Unicorn 150 is a great bike in the commuter segment and is available at competitive prices. This bike, however, shares a fierce competition with the following bikes.